Martha Lum was denied entry to a public school for white children.

In 1924, a nine-year old Chinese-American named Martha Lum was prohibited from attending Rosedale Consolidated High School in Bolivar County, Mississippi solely because she was of Chinese descent. The Supreme Court held that Gong Lum had not shown that there were not segregated schools accessible for the education of Martha Lum in Mississippi; therefore, Martha Lum was not allowed to go to the school for white children.

The picture directly below shows the two Lum sisters in third or fourth grade in the first row among white students. It was likely that the Supreme Court decision was not known in other local schools, for Gong Lum moved the family to Elaine, Arkansas where his girls attended white public schools. Lum v. Rice, 275 U.S. 78 (1927) was effectively overruled by the Court's decision in Brown v. Board of Education (1954), which outlawed segregation in public schools. 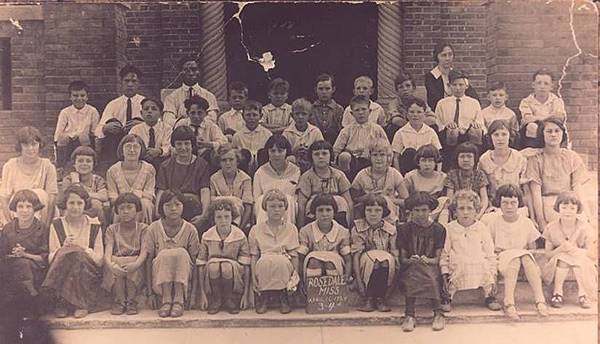